The photos in this post are from Maggie Clarke, daughter of Camp 59 British prisoner Denis Crooks.

Maggie explains, “We didn’t find his suitcase full of these letters until after he died nine years ago. We also have some photos which he took of camp life, although as he said, he would have been shot if he had been caught! He must have got to a point where he didn’t care.”

She continues, that the photos “aren’t of brilliant quality as he somehow had them developed in camp! I seem to remember he mentioned bribing one of the guards! Mind you, by reading of some of the inventions he and Bob made, they probably made their own dark-room!”

Historian Giuseppe Millozzi, in his dissertation on camps of the Marche region of Italy, shares the following about camp entertainment. He gleaned the information from the September 11, 1942, Swiss Red Cross report on the inspection of Camp 59:

“Besides the walks and football as mentioned before, Chaplain [Nathaniel] Nye was organising for the end of September a ‘carnival’ with a jury to award prizes to the best costumes improvised by POWs. These kinds of events were organised regularly; in fact they had a double function: to boost POWs’ morale and, even more important, to divert the POWs thought from the obsession of food. In Sforzacosta’s camp POWs organised wrestling tournaments while in Monturano’s POWs published a magazine for the camp.

“In addition to the already mentioned activities, POWs in Servigliano made a collection for buying musical instruments and managed to set up a band which became very popular. On top of that, in September books—approximately 700—arrived. Chaplain Nye made a request to the Red Cross inspectors for 15 Bibles.” 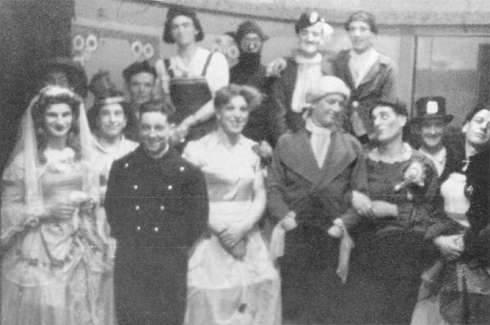