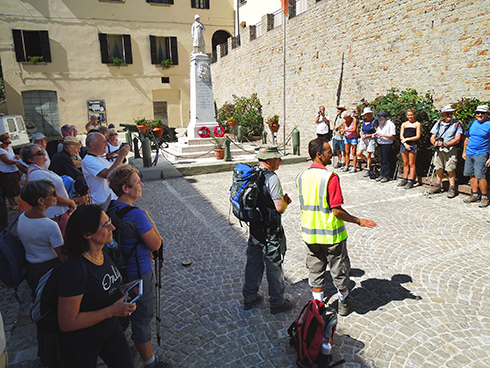 A wreath-laying ceremony in Monte San Martino, Italy, during the Freedom Trail Walk in September 2013.

The last Freedom Trail walk was held just seven months ago, to commemorate the 70th anniversary of the September 1943 Italian armistice and the subsequent escape of prisoners from camps across central and northern Italy.

The walks are dedicated to the people of the Italian countryside, the contadini, who, at great risk to themselves and their families, provided shelter, food, clothing, and medical assistance to the young Allied servicemen.

A shady rest during the Freedom Trail Walk last September.