Jimmy Feehan enlisted in the Australian Special Forces on June 18, 1941, at the age of 22.

Front and side photos of him taken on that day are in his service records at the National Archives of Australia.

Katrina Kittel kindly shared copies of these records with me.

James William Feehan WX14364 was born in Three Springs, Western Australia, on February 10, 1919. His trade is listed as laborer and he was single when he enlisted.

Next of kin listed was Mrs. May Cain of Perenjori, Western Australia—his adopted mother.

Also, use “Categories” on the home page to search for other “ANZAC Prisoners” posts. 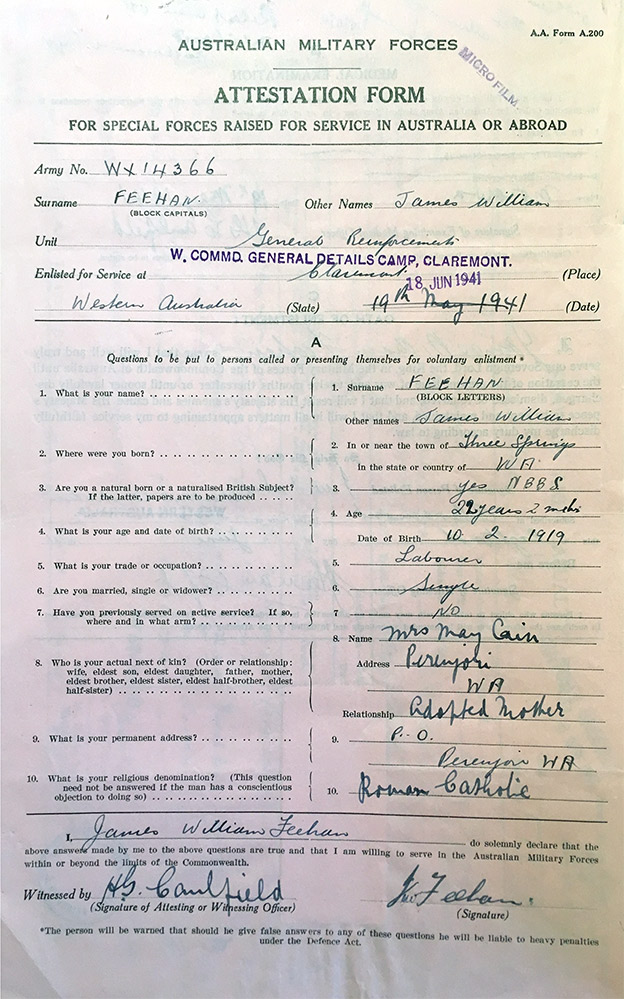