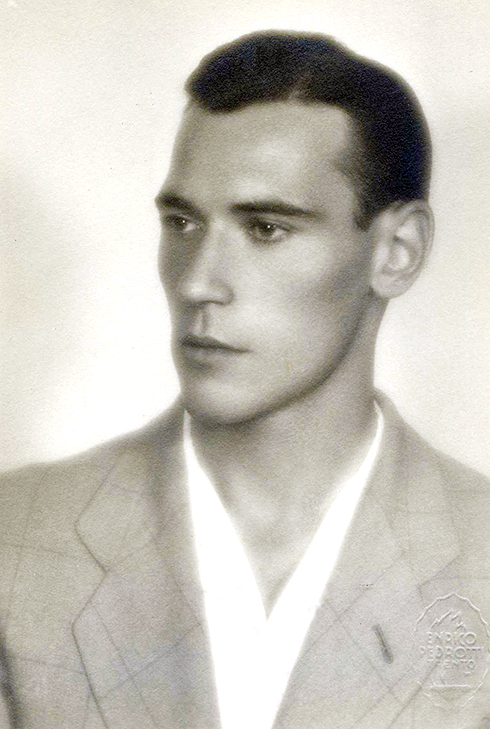 Belgian-born Mario Mottes served as a parachutist and radio operator agent for Allied I.S.9 operations. His task was to locate escaped Allied POWs in enemy-occupied Italy and guide them across the lines—a mission known as Ratline evacuation.

However, on March 10, 1944, while performing his duty, he was arrested by the Germans and executed with three escaped Allied prisoners of war.

The two photos of Mario Mottes in this post were given to my colleague Luigi Donfrancesco by Dr. Lino Beber, a retired physician and historian from Pergine Valsugana (in the province of Trento, Northern Italy), the hometown of Mario Mottes’ mother, Pia Paoli.

The photos were provided to Lino by the the daughters of Mario’s cousin Gina Paoli, daughter of a brother of Mario’s mother. Today Gina Paoli is nearly 100 years old.