This post is the third and final installment of the story of Camp 59 survivor Felice “Phil Vacca, which began with “Part 1—Off to War,” and “Part 2—Camp 59 and Escape.”

“We landed at Boston, Massachusetts, on August 2, 1944. From there we were shipped to Camp Upton, Long Island, New York. At that time we were given a thirty-day vacation. After 30 days, on August 31, 1944, I reported to Camp Butner, North Carolina, for duty.”

There was a rule in force at that time that forbade Ex-POWs from returning to the same theater of action once repatriated. The military had the choice of sending Phil to the Pacific theater or keeping him in the U.S. He became a guard at the White House. 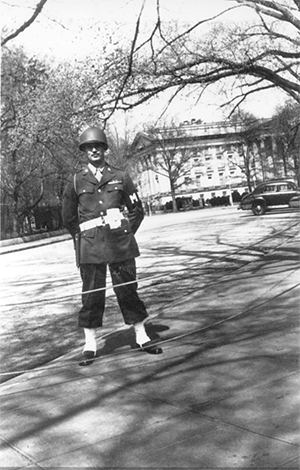 Phil standing guard in front of the Treasury Building, September 1945

“At that time I was picked out by Captain Minns, from the 250th Military Police (SP),” Phil explained, “[and we were] stationed at 17th and E behind the State Department in Washington, D.C. We had four machine guns—two that were located on the grounds in front of the White House near the Washington Monument, and one each on the East and West Wings.

“We patrolled around the White House on foot. I had the honor guarding two presidents, Roosevelt and Truman. Eleanor Roosevelt would often come out and visit with us soldiers. 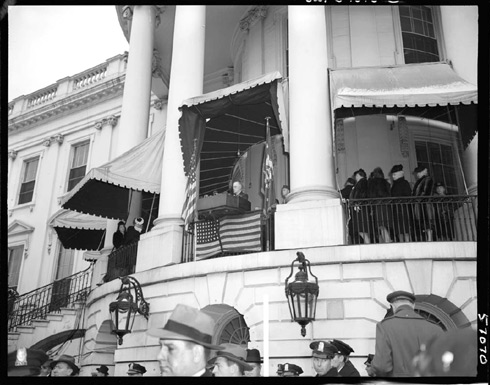 He was thoroughly investigated before he was made an honorary guard along with several other POWs for special service. After the investigation he was told his last name was no longer Rocco, he was to use the Vacca name.

“I was also an honor guard when dignitaries such as General Eisenhower or General de Gaulle visited,” Phil said.

President Franklin Roosevelt died at Warm Springs, Georgia, on April 12, 1945. That same day, Harry S. Truman was sworn in as president. “I also was an honorary guard at President Roosevelt’s funeral. We remained there on guard for President Truman.” 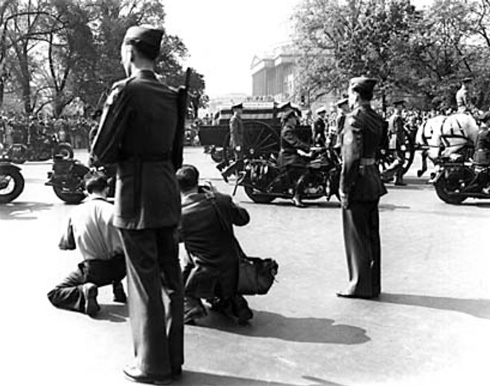 Around that time, while standing guard over the Constitution in the Congressional Library, Phil met the woman he was to marry, Donna Olson, who worked at the Pentagon as a clerk in the court marshal division. 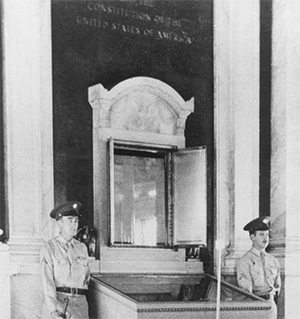 On September 29, 1945, Japan surrendered. When the war ended, his unit, which had temporary barracks behind the State Department, was disbanded. At that time President and Mrs. Truman held a party at the White House for the Ex-POW guards.

“They served beer, Limburger cheese, and crackers, and showed a movie in the White House theater. It was good,” Phil recalled. “I will always feel most honored to have been selected to guard two of our greatest Presidents of all time.” 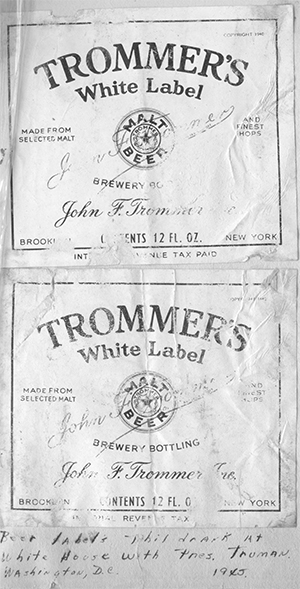 “I was the second soldier to leave the company on points,” Phil said. “I returned home. My appetite slowly came back as time went on.”

Because of the POW diet of rice, Phil would never eat rice again. Stomach problems persisted but he learned to live with them for the rest of his life. 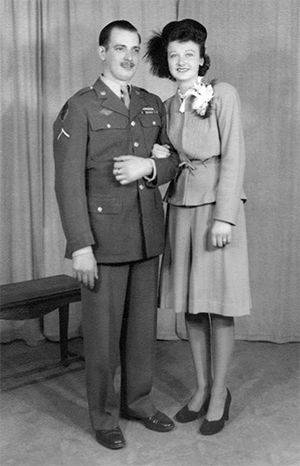 Upon his discharge, Phil married Donna. The two traveled between North Dakota and New Jersey three times before settling down in North Dakota. Phil went to school for two years under the G.I. Bill. At that time there were still German prisoners being held at Fort Lincoln in North Dakota. Phil applied for a job there, but was rejected when they learned of his POW history.