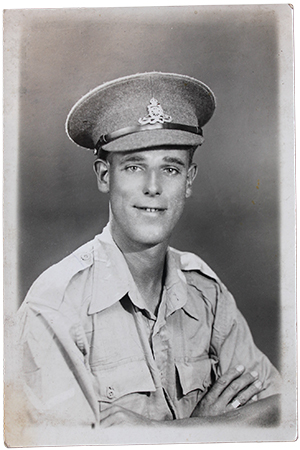 In June 2012, while my partner and I were traveling in England, I had the pleasure of meeting with Stanley Taylor’s daughter, Barbara Chapman. My first contact with her had been in April. When she heard we would be in the Cotswolds, she wrote back to say, “You’ll be on my doorstep when you are in Cheltenham.”

The day we arrived, Barbara met us at the train station and took us to our hotel, where we enjoyed a visit over afternoon tea. Barbara brought a envelope full of pictures, which I photographed. I am pleased to share them here.

Additional photos are on a previous post, “Stanley Taylor in Switzerland.” Also, read about Stanley on “Stanley Ernest Taylor.” 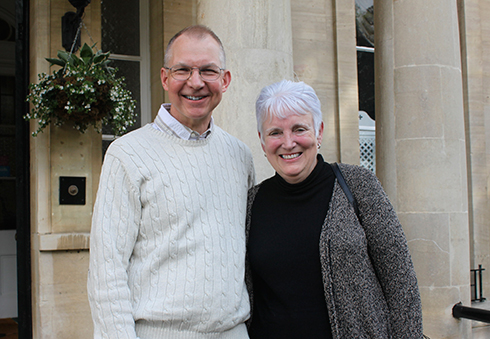 Meeting with Barbara in Cheltenham, England.

Stanley is standing third from left in this photo of British soldier in battle dress.

Stanley, most likely in Libya

Stanley (standing) and a friend.
An inscription on the back of the photo reads, “To My Darling Wife.”

On back of this photo is written, MR. SCOTT – T.H.Q. PERSONAL”
T.H.Q. is most likely Territorial Headquarters in North Africa. Perhaps “personal” meant to be “personnel.”

An inscription on this photo of Mary Taylor reads, “To My Darling Husband/Love Mary”

Wife and husband. On the back of Mary’s photo is the inscription, “TO L/BDR [lance-bombardier]. S.E. TAYLOR.” It was evidently a photo she sent to him while he was in the service. 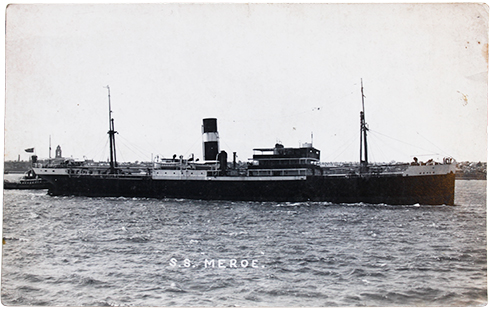 Stanley carried this postcard of the S.S. Meroë while he was a POW. According to www.wrecksite.eu, the Meroë, on a voyage during WW I from Alexandria to Liverpool, was sunk in October 1916 by the German submarine U-63 (Otto Schultze), 70 miles from Cape Trafalgar. 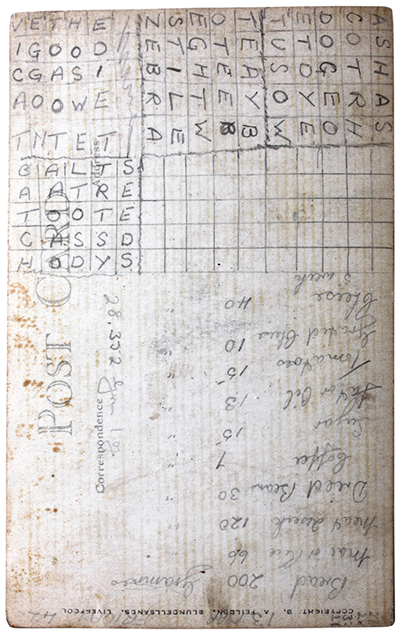 On the back of the S.S. Meroë card are letters of the alphabet within four grids that seems be to a word game of sorts. (An additional two grids are not filled in.) Some of the letters spell words horizontally or vertically (zebra, stile, seeds) but other letters do not. On the opposite end of the card are written the date 13 MAR FRIDAY 42 (two days after Stanley’s arrival in Camp 59) and a list of foods and their weights:

These foods are likely the contents of Red Cross parcels. 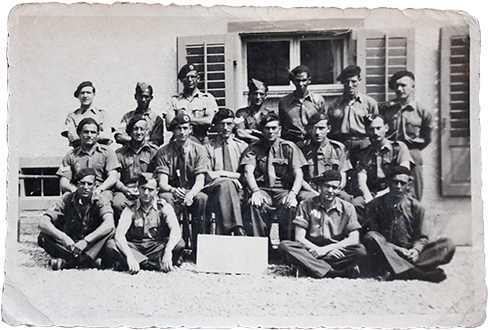 On the back of this photo the following numbers are recorded, the meaning of which is unclear to me.