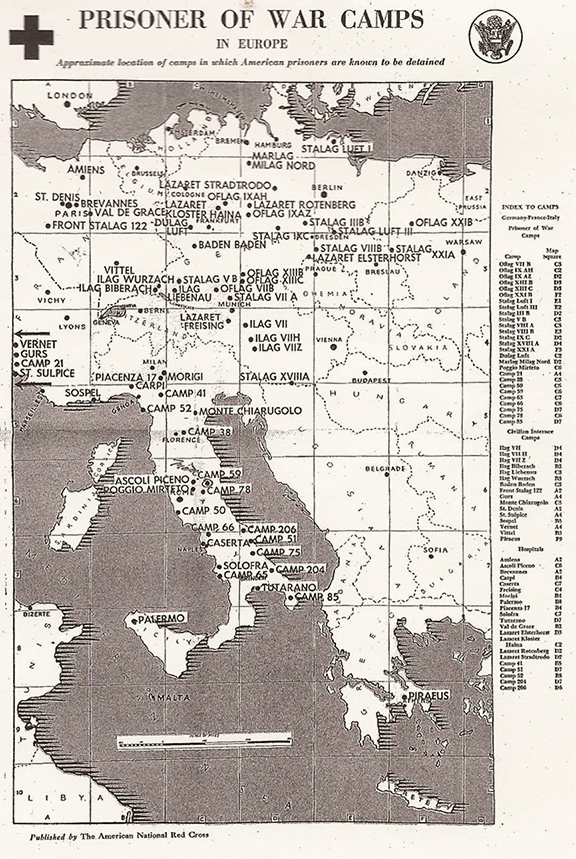 This map of Axis POW camps in Europe was published by the American National Red Cross during World War II.

A map index is divided into: prisoner of war camps, civilian internee camps, and hospitals.

The map was provided by Matthew James Brazil and Bonnie Jacobsen (née Brazil), whose father, Matthew Philip Brazil, was an American prisoner at Camp 59 after being shot down in on December 11, 1942 over Naples, during one of the first Allied raids against the Italian mainland.

Note that the dot marking Camp 59 is circled and “Matt” is written to the left of the camp name.

In his note to me, Matt said of the map, “I understand Matt’s mother obtained it during his incarceration. Matt probably wrote on the map after he returned to the U.S. in late 1943.”

Matt believes, based on stories, newspaper accounts, and letters, that his father escaped by before the mass breakout from Camp 59 in September 1943.

Some of those documents will be forthcoming in posts to this site.