After years of collecting documentary material and recording stories related to the history of Camp 59, an educational center is in sight for members of the Associazione Casa della Memoria (the House of Remembrance) of Servigliano.

The old train station—through which Allied prisoners were brought to camp—will be renovated. The building has been granted to the association for its educational mission.

The old Servigliano train station viewed from the north.

The front of the station faces the northwestern wall of Camp 59. At one time tracks paralleled that wall of the camp. 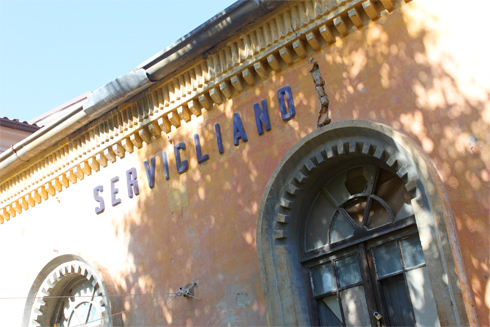 Train passengers arriving in Servigliano disembarked beneath this sign.

Tomatoes and other vegetables grow in a garden between the old station and Via Amendola, which runs along the northwestern wall of the camp.