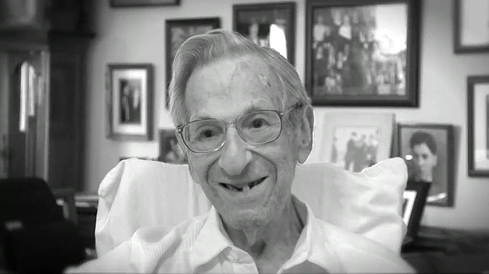 Frederick Solberg, World War II veteran and a POW of Camp 59 and Stalag 17B, was filmed by the nonprofit Stoneham Theatre (Stoneham, Massachusetts) in 2009.

The short film was one of a series of interviews with “Greatest Generation” veterans from the Boston area shown in conjunction with the theatre company’s production of Studs Terkel’s The Good War: A Musical Collage of WWII.

While on a bombing mission during the war, Frederick’s plane was shot down. He and his companions were captured by the Italian forces. They were interrogated and then imprisoned in Camp 59.

After three months in camp, Frederick and two comrades “went over the fence.”

They roamed Italy for three months, assisted by sympathetic Italians. In winter the men were recaptured by Germans and sent to Stalag 17B (Krems, Austria). Near war’s end, the POWs were liberated by American forces.

Link to this excellent Interview with Frederick Solberg on YouTube.

Sadly, Frederick passed away earlier this month. I’m pleased to honor and remember him on our site with this video. 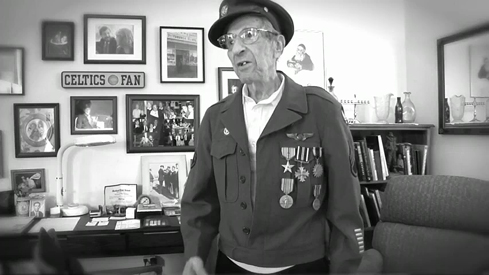