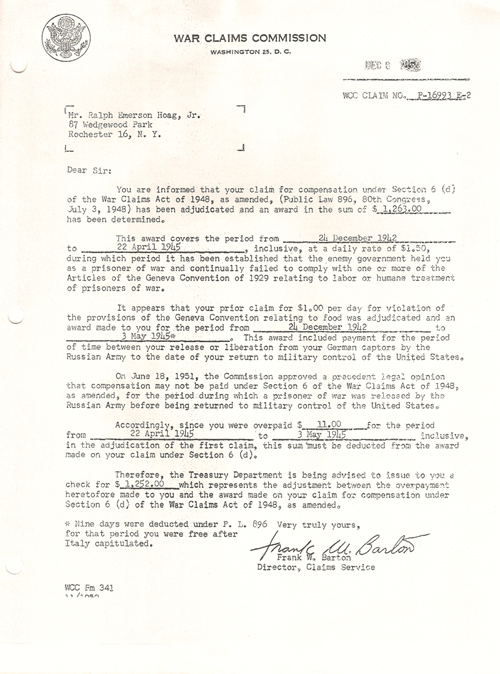 Monetary compensation was offered to ex-POWs of World War II through the War Claims Act of 1948 passed by the United States Congress.

Ralph Hoag was compensated for the 28 month period he was held prisoner.

This letter from the War Claims Commission, dated December 8, 1952 (or possibly 1953), offers a detailed account of his compensation.

The award covers the period from December 24, 1942 to May 3, 1945—from his capture in North Africa to reunion with the Allied forces. However, Ralph was not paid for the nine days between his escape from Camp 59 and recapture by the Germans.

Also, Ralph explained to me that he got “no pay for wandering around Germany from April 23 to May 5 [while] trying to get across the Elbe River.” The Russians had liberated the prisoners of Stalag 3-A on April 22.

In other words, compensation was for the actual number of days Ralph Hoag was held prisoner.